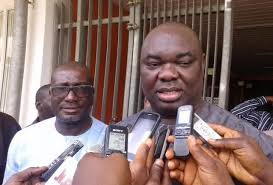 The football house took the decision at a meeting in Abuja on Thursday.

The banned personnel are to stay away from any football-related activity, as punishment for various breaches.

Giwa has been embroiled in a leadership tussle with the current president, Amaju Pinnick and dragged the federation to a civil court.