Business Nigeria Confirms Receipt of N50bn Out of N780bn From MTN 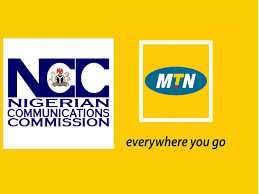 Although, the government had initially said o Wednesday that it was yet to receive the payment but in a statement signed yesterday by his Senior Special Assistant on media, Victor Oluwadamilare, the minister said officials had communicated to him the receipt of N50bn payment by MTN.

MTN was fined N1.04 trillion last October by NCC for failure to disconnect 5.1 million improperly registered lines within the prescribed deadline which was later adjusted by 25% to N780bn by the federal government.