Nigeria may likely face decline in oil output as U.S. oil company, Exxon Mobil Corporation, says it has suspended exports from Nigeria’s top crude stream due to renewed activities of militants in the Niger Delta region.

A statement from the company says it had declared a force majeure – a suspension of deliveries because of events beyond its control – on Nigeria’s Qua Iboe crude oil grade BFO-QUA, and that a portion of production had been curtailed after a drilling rig damaged a pipeline.‎ 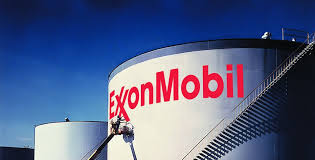