The army also said main Boko Haram leader, Abubakar Shekau, is no longer a threat to the counter-insurgency operations as a result of his bad health.

The army described Shekau as a “spent horse, waiting for his waterloo,” and also said the sect’s factional leader, Albarnawiy, “who has been deceiving and recruiting gullible and misguided youths into his fold will soon be captured.

In a statement by the Theatre Commander of Operation Lafiya Dole, by the Director of Army/Public Relations, Brigadier General Sani Usman, the army said it had no doubt that Mamman Nur Algadi ,another factional leader of the terrorist “has been wounded and he is more or less a cripple since 2014 at Mubi,” since he was hit by the Nigerian Air Force while on a motorcycle. 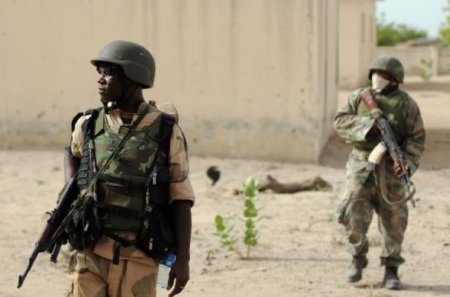 On Albarnawiy, the army said: “We reliably learnt that some misguided persons, particularly youths, are getting conscripted into the sect through enticements. They are usually attracted to the sect because of the deceitful and erroneous impression that Abu Musab’s Albarnawiy brand of “jihad” and insurgency is refined and genuine.

“ This is far from it. Both factions are terrorists’ organizations whose activities constitute crimes against humanity. Their nefarious activities run contrary to the religion of Islam. Factions have recruiters all over the country, especially in the North East. However, their clearing house for such conscripts is at Potiskum, Yobe State. Efforts are ongoing to track those involved.

“In view of the above, the public should be wary of these unscrupulous elements attempting to recruit more youths into their sect.”