The world's oceans may have more plastic debris than fish by the year 2050, according to a report produced by the Ellen MacArthur Foundation and published by the World Economic Forum.

The study, released on Tuesday, found that a whopping 32 percent of all plastic packaging escapes collection systems and finds its way into natural ecosystems, including the oceans.

Currently, 8 million tonnes of plastic end up in the ocean each year - the equivalent of a dump truck of plastic rubbish every minute.

At current rates, that will have grown to two trucks a minute by 2030, and four a minute by 2050 - by which time, by weight, there will be as much plastic in the oceans as fish. 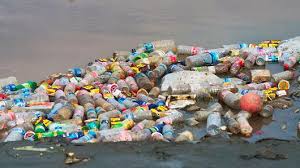 "One of the biggest problems [to] focus on is single use and disposable plastic," Dianna Cohen, CEO of the Plastic Pollution Coalition, told Al Jazeera.

Based on interviews with more than 180 experts in the field, the report found that most plastic packaging is used only once before being discarded.

"There is no system in place that helps take these [plastic] materials back [after use]," Cohen said. "It impacts the entire ecosystem in the ocean. If you come from a country that gets its primary livelihood or protein source from the ocean, then the fish you may count on to eat is ingesting plastic, getting entangled in it, and dying from having stomachs full of it."

Cohen called on governments to take steps to prevent further plastic waste by forcing producers to take back the plastic used in packaging.

"We all have the power to do something to reduce the amount of plastic we use on a daily basis," she added.

World Central African Republic: A crisis forgotten by everyone, except Russia – Al Jazeera