It was a day of sorrow on Saturday following a fatal accident involving a commuter bus which occurred along Benin expressway.

According to reports, the bus which left Itam park in Akwa Ibom state yesterday morning -crashed along the highway (cause unknown) and busted into flames -with many passengers losing their lives in the process.

Three corps members were reportedly to have survived the crash. The injured were immediately rushed to the hospital and the corpses of other victims evacuated. 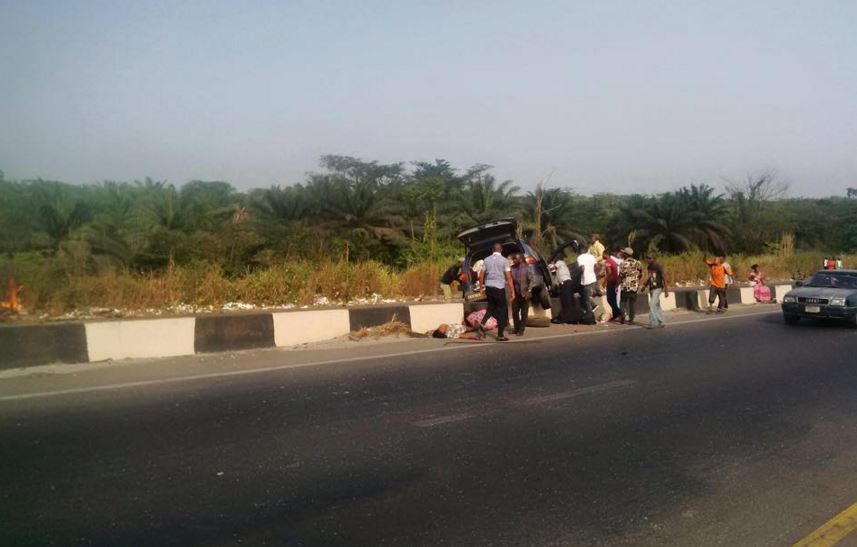 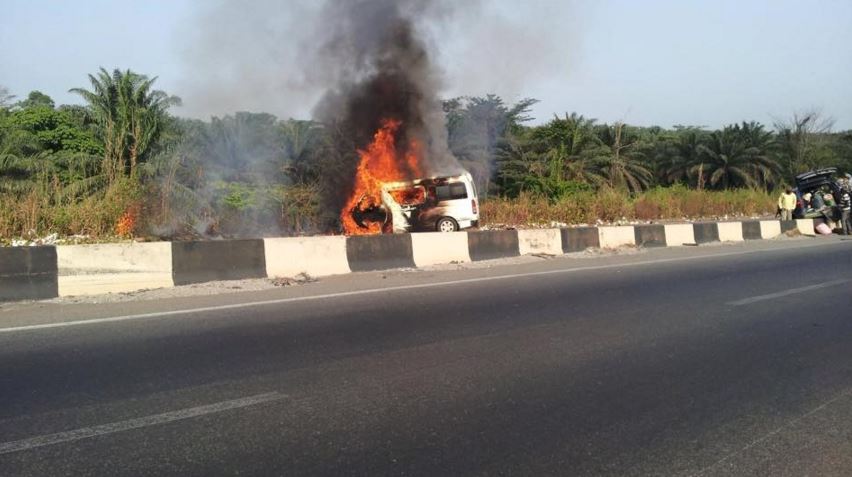