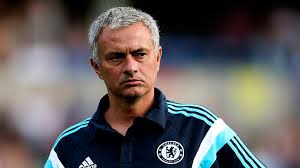 Meanwhile the Russian billionaire was said to have described Mourinho "the best coach in the world", despite his current situation at the club.

"We offered €50 million to have the coach immediately, but the request was €100m and that figure seems exaggerated," Proto Enterprises said in a statement to EFE.

Meanwhile, Mourinho is under pressure to deliver results after Saturday’s defeat to Liverpool at Stamford Bridge - their eighth in all competitions this season - left the club 15th in the Premier League.

"I have four years. In this case, three years and seven months,” said the Chelsea manager on Tuesday.

"Yes, I know why the results have been different but I can’t tell you because I’ll be here a long time. It’s a combination of factors. Some of them I can’t, I don’t even want to touch them — but yes I know." goal

Sports Mourinho: I love Lampard but I hope he loses! – Goal.com