A team of Indian-American Scientists have developed a new hydrogel-based condom that contains antioxidants at the Texas A&M University Health Science Center.

Not only does it contain plant-based antioxidants, which kills the HIV-virus in case of condom breakage but it also uses antioxidants to enhance pleasure. Experts say it is the new big player to join the fight against AIDS. 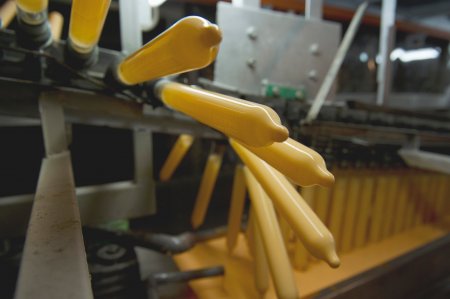 "We are not only making a novel material for condoms to prevent the HIV infection, but we are also aiming to eradicate this infection if possible. Supercondom could help fight against HIV infection and may as well prevent unwanted pregnancy or sexually transmitted diseases. If we succeed, it will revolutionize the HIV prevention initiative"

Choudhury, the lead researcher and assistant professor at the Texas A&M Health Science Center's Irma Lerma Rangel College of Pharmacy, said the researchers hope to test the condom within the next six months and then get it released for general usage.

Curators
The assumption here is that people use condoms!! The fight is still on but this is a welcome development.

No Condoms! Here Are 14 Other Ways You Can Prevent HIV Infection

South Africa Inches Closer to Discovering a Cure for HIV/AIDS