Thirty players have been called for the preliminary squad with the team going to be pruned down before the tournament eventually starts.

The Super Falcons have been drawn in Group A of the AWC alongside hosts, Namibia, Zambia and the Ivory Coast.

Nigeria will be aiming to reclaim the AWC title when the tournament commences next month,having finished fourth at the last edition.

Veteran players: Precious Dede, Onome Ebi, Stella Mbachu,Evelyn Nwabuoku alongside Nkwocha have been drafted into the team,with some members of the Falconets who finished second at the FIFA under-20 also called up.

The most valuable player at the under-20 tournament,Asisat Oshoala is delighted with the progression she has made into the senior team

“Moving up from the Under-20 to the senior team is a completely different ball game. The football is different and the atmosphere too but I am sure we will do well,” Oshoala told supersport.com. 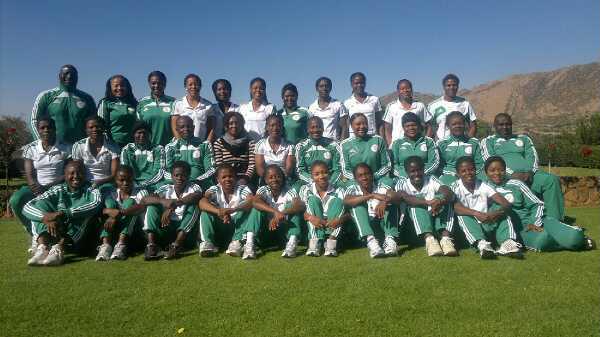