Curators
The race to sign top names continue to get heated up in the transfer market. Here are the top transfer stories for today. 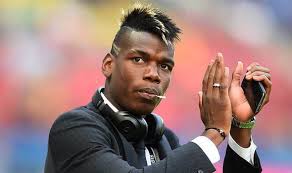 - Borussia Dortmund is still interested in Lorient's Raphal Guerreiro but a transfer is unlikely to happen before the start of the Euro.(Kicker)

- Real Madrid are preparing a bid for Juventus midfielder Paul Pogba, though they are unlikely to pay the Bianconeri's asking price. (Gianluca di Marzio)

- Chelsea are set to join the race for Marseille striker Michy Batshuayi with London rivals Tottenham and West Ham both keen on the Belgium international. (Daily Mirror)

- Liverpool are the latest club to show an interest in Paris Saint-Germain striker Edinson Cavani, though Atletico Madrid remain the frontrunners in the race for the Uruguay international. (Tuttomercatoweb.com)

- Liverpool and West Ham are set to fight it out to bring Barcelona defender Thomas Vermaelen back to the Premier League this summer.(The Sun)

- Manchester United may have to pay a British-record £78m to sign 23-year-old Juventus midfielder Paul Pogba - four years after the France international left Old Trafford for £800,000

- Liverpool could table a late bid to rival Arsenal's in the chase for Leicester striker Jamie Vardy, 29. (Daily Star)

- Chelsea forward Diego Costa, 27, wants to return to Atletico Madrid this summer, according to the Spanish club's president. (Antena 3 Sports, via Metro)

- Roma midfielder Radja Nainggolan, 28, has spoken to Conte about moving to Chelsea and says his Belgium team-mates Eden Hazard and Thibaut Courtois have urged him to move to Stamford Bridge. (Daily Telegraph)

- Manchester City boss Pep Guardiola is not allowed to sign any players from Bayern Munich, according to the German champions' midfielder Douglas Costa, 25. (Globo Esporte, via Manchester Evening News)

- Southampton are braced for a Tottenham bid for 24-year-old midfielder Victor Wanyama, who has just one year remaining on his St Mary's deal. (Daily Mirror)

- Arsenal forward Theo Walcott, 27, has no intention of leaving despite the Gunners bidding for Leicester's 29-year-old striker Jamie Vardy. (ESPN)

- Championship side Wolves want to sign 20-year-old Manchester United forward James Wilson on loan for next season. (Express and Star)

- Juventus are set to sign Roma playmaker Miralem Pjanic for £25m. The 26-year-old has been linked with Manchester United. (Gazzetta World)

- Stoke striker Peter Crouch, 35, says he may take up coaching when he finishes his playing career. (Daily Star)