7 Important Things You Should Know About The WhatsApp Encryption Feature

WhatsApp recently announced that all messages sent on its service are now fully encrypted. The latest version of the app will use security technology that means that messages can't be intercepted as they travel between devices. Encryption ensures that only a message's sender and recipient can read messages, stopping them from being intercepted on their journey. 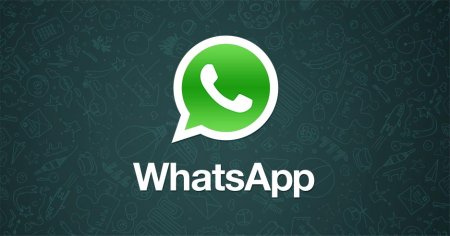 Here are seven things you need to know about this new security feature in the world's most popular messaging app.

What Does It Mean
WhatsApp's end-to-end encryption is available when a user and the person he/she messages to is using the latest version of the app. According to WhatsApp, "Many messaging apps only encrypt messages between you and them, but WhatsApp's end-to-end encryption ensures only you and the person you're communicating with can read what is sent, and nobody in between, not even WhatsApp. This is because your messages are secured with a lock, and only the recipient and you have the special key needed to unlock and read them. For added protection, every message you send has its own unique lock and key."

How Can You Activate It
All of this happens automatically, you don't need to turn on settings or set up special secret chats to secure your messages.

Does It Include WhatsApp Calls
Yes, just like your messages, WhatsApp calls too are encrypted end-to-end. This means that WhatsApp and third parties can't listen to them.

What About Photos And Videos
All media which includes video, audio, images and files are also encrypted end-to-end.

What About Groups?
Group chats will not get the encryption feature till even one of the group members is on an older version of WhatsApp.

How Can I Confirm If My Calls/Messages Are Encrypted
WhatsApp lets you check whether the calls you make and messages you send are end-to-end encrypted. Users have the option to verify after tapping on the message that reads the conversation is "Messages that you send to this chat and calls are now secured with end-to-end encryption." The user can then view a QR code and a 60-digit number. You can also scan your QR code or compare the 60-digit number with the person you are chatting with.

How Is This Possible
WhatsApp is using 'The Signal Protocol', designed by Open Whisper Systems, for its encryption. The company claims that the protocol has been specifically developed to keep third-parties like cybercriminals and government officials away from private communication.