The Acting Director General of the National Centre for Women Development, Abdulmalik Dauda, died in an auto crash along the Abuja-Kaduna express yesterday while on his way back from an official assignment.

Mr Mohammed Aliyu, Protocol Officer to the director-general, confirmed the news to the News Agency of Nigeria in Abuja. 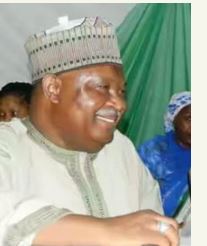 He was 57 years old. He's survived by two wives ‎and five children, and has been buried according to Islamic rites in his hometown.

Dauda took over from Onyeka Onwenu on February 16, 2016, following the removal of 26 heads of government agencies and parastatals.

Metro One in every five Nigerian Women Is Victim Of Violence, Says Women Centre

A
Metro Onyeka Onwenu: They Asked a Mosque to Issue a Fatwa Against Me