Acting Governor of Taraba state, Umar Garba has disclosed that ailing governor Danbaba Suntai who was recently flown into Nigeria from a London hospital where he was receiving treatment for his plane crash injuries is still unfit to govern the state.

NEWSWIRENGR reported that Garba further claimed that Suntai was only rushed into the country by a cabal to prevent the smooth running of affairs in the state.

Mr Aaron Artimas, one of Garba's aides was quoted saying, "Suntai returned from treatment abroad and he is still in Abuja because these people are the ones thinking for him. It is those who want power that are looking up to him as the solution to their immediate problem. The truth must be told one day because no matter how long they continued to hold him and shield him from the people of Taraba State, they are still answerable to Tarabans, who elected him.

"The government, which he heads, has been supporting him financially, materially and morally. All mortals are susceptible to falling sick at any time, including death and the people around Danbaba should allow him to recover fully and he needs all the rests to do that. 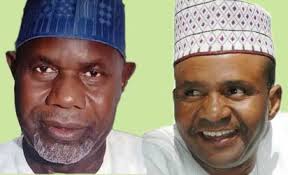