The convicts, Ndubuisi Ogbonna (18) and Gabriel Chinedu (21) were arrested on October 19 in Amaechara, Amasiri Afikpo North local government area of Ebonyi State, where they committed the crime. 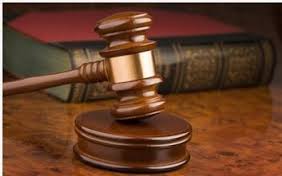 Police prosecutor, Solomon Orond, told the court that the convicts were caught cutting the electricity cables when they were arrested.

He said Chinedu lost one of his fingers and sustained serious injury on his hand following electrocution during the act.