Sports I Have Not Picked My Overraged Players for Olympics - Siasia

Coach Samson Siasia has dismissed claims that he has announced the three overage players that will play for the Nigeria U23 team in Rio. 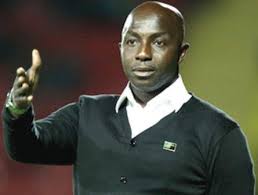 Report has it that John Obi Mikel, Odion Ighalo and goalkeeper Daniel Akpeyi have been confirmed for the football event of the 2016 Olympics.

And Siasia has dismissed the news as false, insisting he will name them at the appropriate time.

“I have not named my overage players for the Olympics yet,” Siasia told Goal.

“Don’t know where those quoted me got theirs from. I’m taking my time before naming them before the best legs deserve to be picked.

Dream Team VI have been zoned in Group B with Sweden, Japan and Colombia and he is upbeat about his chances of making a meaningful impact in Brazil.

He also disclosed that his side will be gunning for glory when the Suwon international tournament begins in South Korea.

“My boys are very prepared and are eager to make the country proud,” he concluded.

“Our target is to emerge as champions as that will boost our morale ahead the Olympic Games.”

Nigeria begin their campaign against South Korea on June 2 before facing Denmark and Honduras at the Suwon World Cup Stadium.