More trouble for Yahya Jammeh as the republic of Ghana has joined forces with ECOWAS and other country to send troops to support efforts to remove the adamant dictator and restore democracy. In the tiny West African country.

Meanwhile, the President-elect of The Gambia, Adama Barrow, has said the presidency of President Yahya Jammeh is officially over. 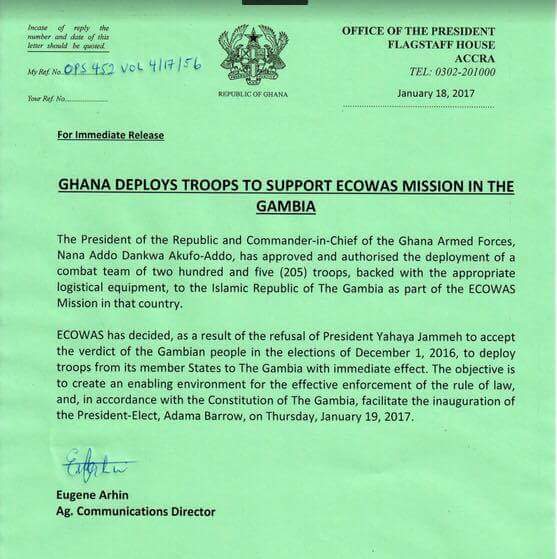