Brazilian soccer team Chapecoense were on board a plane carrying 81 people that crashed in Colombia killing 76 people, police said on Tuesday.

Chapecoense, from Brazil's top league, had been flying in to face Atletico Nacional of Medellin in the first leg of Wednesday's Sudamericana final, South America’s equivalent of the Europa League 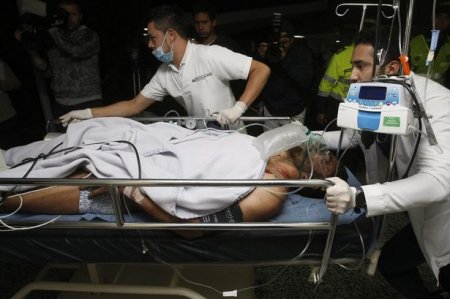 It was not immediately possible to confirm survivors' identities.

Chapecoense were the 21st biggest club in Brazil in terms of revenue, bringing in 46 million reais ($13.5 million) in 2015, according to an annual rich list compiled by Brazilian bank Itau BBA.

The South American football federation suspended all games and other activities following the crash.