The House of Representatives Joint Committees on Petroleum (Upstream and Downstream) and Gas Resources in a statement on Wednesday summoned the Petroleum Minister, Mrs Deizeani Allison-Madueke over a looming crisis in the sector.

It stated that the committees would not allow any strike to cripple the nation's oil and gas sector.

Others summoned are Dr Joseph Thlama Dawah, Group Managing Director of the NNPC and the leadership of Petroleum and Natural Gas Senior Staff Association of Nigeria (PENGASSAN).

The Nigerian Union of Petroleum and Natural Gas workers (NUPENG) was also invited.

"The Joint Oil and Gas Committee of the House of Representatives is concerned by the strike as reported in the media by staff of the Nigerian National Petroleum Corporation (NNPC)," the statement said.

"Our concern is driven by the major role oil and gas play in our economy and the enormous damage any disruption in the system will entail for the Nigerian people.

"Alive to our constitutional responsibilities, the joint house committees have decided to intervene in this matter with a view to resolving whatever the issues may be.

“Accordingly, we have invited the Honourable Minister of Petroleum Resources, the affected unions and relevant stakeholders in the sector to a meeting for Thursday, 18th September 2014 at 11: 00 a.m. at the House of Representatives.

"Given the urgency of this matter, it is our hope that the relevant parties will attend this meeting.

"We enjoin the parties to work with us to resolve their differences in the overall interest of the nation." 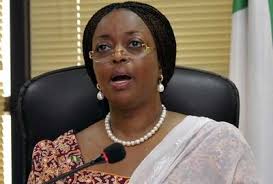