African footballer of the year, Asisat Oshoala has said that she is sad and pained that she won't be part of the Super Falcons team that will play against France on Friday night.

Oshoala was initially listed in Coach Thomas Dennerby's list of 23 players, but she had to pull out of the game due to issues with her travel documents. 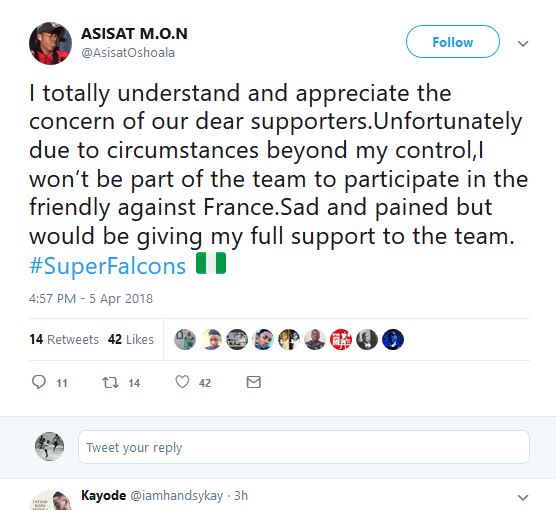