Tsai Ing-wen has been elected as first female president in the history of Taiwan, BBC reports.

In her victory speech, she vowed to preserve the status quo in relations with China, adding Beijing must respect Taiwan's democracy and both sides must ensure there are no provocations. 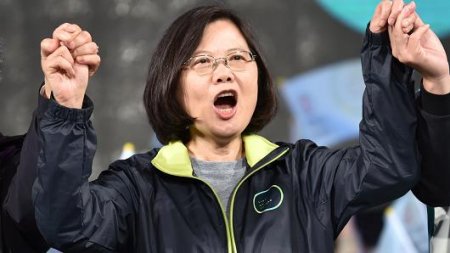 Ms Tsai hailed a "new era" in Taiwan and pledged to co-operate with other political parties on major issues.

The will of the Taiwanese people would be the basis for relations with China, Ms Tsai said.