Sports We will qualify for the 2015 Nations Cup - Stephen Keshi

Stephen Keshi is confident that the Super Eagles will turn around their fortunes in the 2015 African Nations Cup qualifiers.

Nigeria is currently struggling in group A,lying in third position with just one point after two matches.

But with four games left in the qualifiers,Keshi is confident that they will scale through and qualify from the group despite being behind Congo and South Africa.

“I understand how Nigerians feel after we lost to Congo in Calabar and the draw in South Africa but we can’t give up.

“We have four matches to play and we just have to keep doing our best till the end of the remaining matches.

“You can’t write your team off; if truly you are supporting your team, you only need to believe that the team will qualify.

“The players want to hear that Nigerians still believe in them in spite of the loss to Congo; not abusing them or cursing their parents.

“It takes building the confidence of the players for us to qualify,’’ Keshi added. 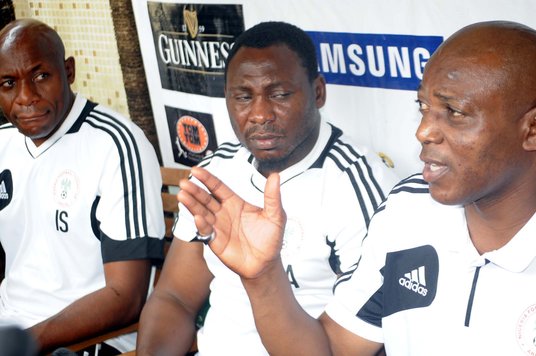