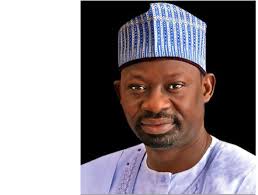 Gov. Ibrahim Dankwambo of Gombe State has urged ministries, departments and organizations in the state to accept Corps members posted to them to undergo their primary assignments.

Dankwambo made the call on Friday during the closing ceremony of the orientation course for 2016 Batch ‘A’ Corps members at the temporary orientation camp in Amada, Akko Local Government Area.

He said that accepting the NYSC members would enable them contribute their own quota to the development of the state and the nation at large.

“I call on all the employers to accept corps members as rejection will jeopardize their effort towards building and uniting Nigeria,’’ he said.

The governor, represented by his Deputy, Mr Charles Iliya, also called on the employers to treat them like their own permanent staff.

He reiterated government’s commitment to ensuring the welfare and safety of corps members posted to the state, advising them to also cooperate with people of their host communities.

In his speech, the NYSC State Coordinator, Mr. Ahmed Wada, said that 1,736 Corps members deployed to the state had successfully completed their orientation course without any problem.

“They underwent three weeks training and have been posted to all sectors of economy, both public and private, with majority of them posted to schools,’’ he said