According to Guardian, the party said that the All Progressives Congress (APC) in conjunction with the military, police and INEC had already written the result of the election.

In a statement by the Acting National Chairman of PDP, Prince Uche Secondus, the party claimed that from intelligence report it gathered, today’s election is a mere formality, pointing out that “the APC government has already written the results ahead of the election.” 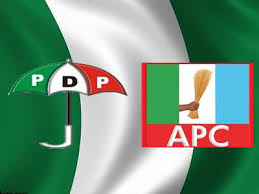 According to Secondus, “Southern Ijaw is the home local government of former governor of the state, the late Chief DSP Alamieyeseigha, a known Ijaw leader. The state is politically divided into Nembe, Ogbia and Southern Ijaw; that is the home local government of the Ijaw, where Dickson hails from.
“This is the strongest home base of the PDP. PDP has been winning elections in this core Ijaw local council because it is the ancestral home of all Ijaws where the former governor and Ijaw leader DSP Alamiseigha and Dickson hails from.
“Intelligence report at our disposal shows that the election is just a mere formality as results have been written with INEC standing as the main culprit. The Secretary to the Government of the Federation, the Minister of Defence and Police had directed INEC to write the results in favour of APC. There is the use of Police and military personnel to intimidate voters and also scare them away as results are already written as directed.”