Former Secretary to the Government of the Federation (SGF) and Afenifere chieftain, Olu Falae, has admitted that he collected N100 million from the former chairman, Board of Trustees (BoT) of the Peoples Democratic Party (PDP), Tony Anenih.

New Telegraph had exclusively reported yesterday that a former SGF and erstwhile governor in the South-West got N100 million each from the N260 million given to Anenih by the office of the former National Security Adviser (NSA), Col. Sambo Dasuki (rtd).

Falae said that the money was purely an interparty affair between the PDP and the Social Democratic Party (SDP), which he is the National Chairman.

The former presidential candidate said the money was given to the SDP to effectively campaign for the PDP in the 2015 presidential election. According to him, in the build up to the 2015 general elections, the PDP and SDP entered into working agreement. 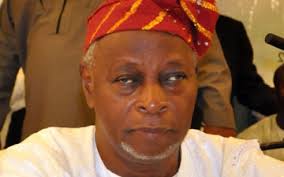 His words: “in the build up to the presidential election, the PDP approached the SDP which I chaired. The then ruling party solicited for our support in order for President Goodluck Jonathan to win the March 28 presidential election. “Anenih related with me as the chairman of the PDP BoT and I did same as the SDP National Chairman.

He wrote to me as PDP BoT chairman and I wrote back as SDP National Chairman stating conditions/terms for the alliance.

I have the record. “It is true that N100 million was given to my party to endorse and work for the Jonathan’s candidature in the 2015 election. We used the money for that purpose and we effectively campaigned for the PDP since we did not have presidential candidate in the election. The money was not for me.

Politics What Falae, Fayose Said About PDP Alliance With R-APC, Others Against Buhari – Politics – www.nairaland.com