World At Christmas, Remember that Jesus Was A Refugee

Christmas is just by the corner as many wonders of what essence is the celebration to Christians and the whole at large. This article explained the concept and consequences of Christmas to individual and that of the terrorizing society that we found ourselves today.

As Christmas arrives, many of the over two billion people in the world who identify as Christians begin to refocus in a particular way, thinking about the meaning of this holy celebration. They do so, of course, with varying degrees of intensity.

For some, it’s only a matter of jingle bells and the exchange of gifts, perhaps a kiss under the mistletoe. There is usually a tree with lights and ornaments. Candles may flicker in the windows. And Santa may play a more important role than Jesus in many of their lives.

But those who care about the practice of their faith keep Jesus front and center. His birth and the story that surrounds it is the reason for Christmas, and its message should sing loudly through the season.

It is a moving story, with elements of joy and terror.

A young family from Galilee comes into a small town as strangers, the mother is pregnant, and there is “no room for them in the inn.” (Luke 2:7). When the child is born, the magicians, or “magi,” come looking for him from the East to worship him, after inadvertently telling a wicked king about this newborn with great potential. The king wants to kill him; he believes the child may be a future rival.

The Christmas story appears in the gospels of Matthew and Luke, and in the former it’s very much a tale of horror and flight, the murderous king ordering the immediate slaughter of all children younger than 2 in the vicinity of Bethlehem. (Matthew 2:16-18). 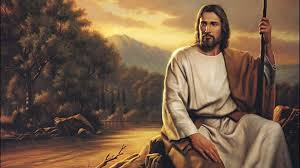 This is straight from the annals of terrorism, even though it has perhaps less claim to historical veracity than one might like. Yet the mythic point is real, undeniable: Jesus arrives into this troubled world in a threatened situation.

Thomas Merton, the poet and Trappist monk, writes memorably about the manger scene in Bethlehem: “Into this world, this demented inn, in which there is absolutely no room for him at all, Christ has come uninvited.” It’s because of his extreme situation, a newborn on the run, a refugee who must flee with his parents to Egypt to escape persecution and death, that Jesus stands for all political refugees, all those in despair of having a place to lay their head. Jesus is always present with those, as Merton says, “for whom there is no room.”

I love the Christmas story in its terrifying and beautiful dimensions. Jesus is a human being who is fully inhabited by God. Thus he becomes, in the Greek word, the Christos, or the anointed one, a person in whom God dwells — as in the word Emmanuel, which in Hebrew means “God dwelling within.”

Christmas is, for those who wish to follow the way of Jesus, an invitation to accept into our comfortable and safe lives those who come to us from far away, who seem ragged, marginal, in transition. This is how God finds us, at this very dark time of the year, the winter solstice, when the daylight hours have shrunk to their minimal light. He comes knocking at the door, looking for a haven, for a place to rest and recover.

In John 8:12, Jesus calls himself “the light of the world.” This light shines into the darkest corners of our bleak midwinter existence and offers a glimmering of hope. It’s a light coming from an unexpected place.

I don’t believe it’s possible to imagine a Jesus who would not welcome refugees with open arms, who would not fight hatred with love, who would not understand that the “war on terror” — whether it flashes from the throne of Herod the Great or Abu Bakr al-Baghdadi — is fundamentally a war of ideas.

You can’t defeat ISIS with weapons, with boots on the ground, with carpet bombing or any vengeful threats. You overcome darkness with light, and this is not some vague, wishy-washy, “liberal” idea.

It’s the hard reality that Jesus taught us, over 2,000 years ago. And every year at Christmas, he comes to us as a child on the run with his impoverished and terrified parents. He knocks at the door of our house and our hearts. And we let him in — or we turn him away.