Curators
Nigerian international, Brown Ideye has expressed excitement after scoring a goal that earn his team, Olympiacos a 1-0 victory away at Dinamo Zagreb in their UEFA Champions League match in Zagreb, Croatia on Tuesday night. 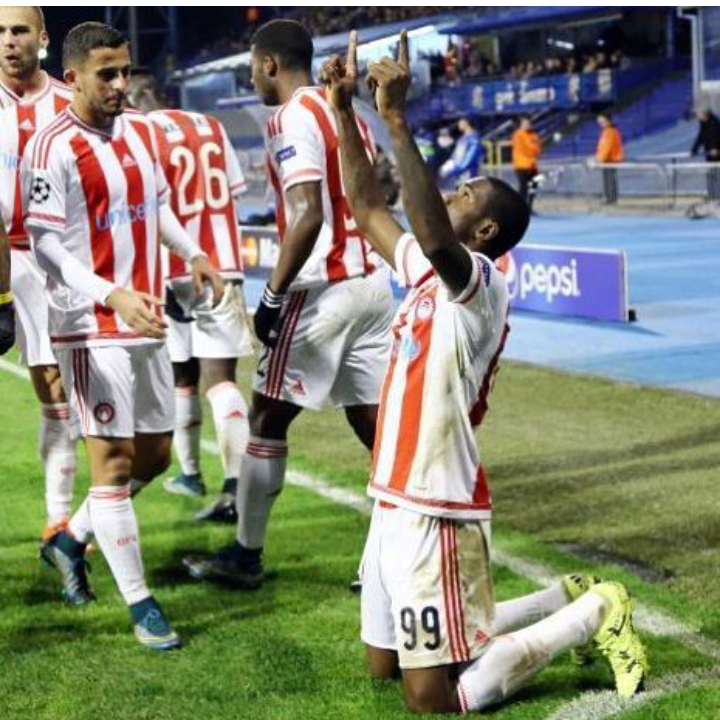 The Super Eagles forward broke the deadlock for his team in the 79th minute of the game which put the Croatian side at par with Bayern Munich on the group table with six points apiece while Arsenal and Zagreb three points apiece after their group F third UCL games.

Ideye wrote on twitter after the “Massive win tonight,”

The former West Bromwich Albion player believes his side are half way into qualifying for the knock out stage after the victory Croatia.

“The team worked very hard. We made sure that we would win the game and this victory keeps us on course for qualification. I scored a very difficult one. It’s unbelievable,” Ideye told UEFA.com.

“We are halfway there, but with three more games to play. Everybody can win or lose a game in this group as proved today. We have to show the same level of attention and dedication in the remaining matches.”