The Ogun State Police Command have arrested one Sikiru Odejide for allegedly having carnal knowledge of his 13 year-old daughter.

The victim’s mother, who had divorced the suspect years back reported the incident to the Police at the Sango Divisional Police Station, that her father had been abusing her since 2016.

Based on the complaint, the suspect owned up to his crime, blaming the devil. He said he threatened the teenager if she reported to anyone of his evil act

” A 41yr old man, Sikiru Odejide has been arrested by men of Ogun state police command for having unlawful carnal knowledge of his own 13yrs old biological daughter (name withheld).

“His arrest followed a complaint from the mother of the victim who has been separated from the man years back. She came to Sango police station and reported that her daughter came to her house at Ijeshatedo area of Lagos to inform her that the suspect has been having sexual intercourse with her since December 2016 with threat to kill her if she dare tell anybody about it.

” On the strength of the report, the DPO sango police station, SP Akinsola Ogunwale detailed detectives to effect the arrest of the randy father who lives in onihale area of IFO local government area of the state.

“The suspect,on interrogation owned up to the commission of the crime but attributed it to the devil handwork,” a statement read.

The suspect has been transferred to the Anti Human Trafficking and Child Labour unit of the State Criminal Investigation and Intelligence Department for further investigation and possible prosecution of the suspect. 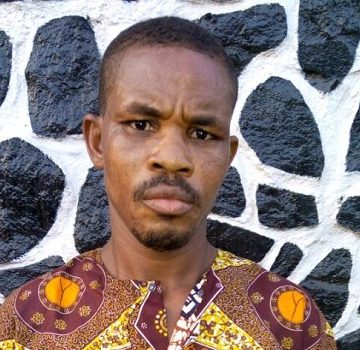