The Port Harcout boys were held to a goalless draw at home by visiting FC IfeanyiUbah at the Liberation stadium on Sunday, but the central defender believes it was due to "low team spirit".

He further explained that keeping the boys focused on the target is a hard task but insists they will continue to fight to retain a spot for the 2015/16 league season.

"Financial problem from the start of the season."

"We were a better side but the performance did not show in the result,"
"There was low team spirit"

"We need to win three remaining home games to stay in the NPFL," 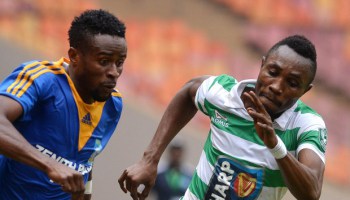 Oct 13, 2015
Babalola Oluwatomiwa
B
B
Sports NPFL: Dolphins Coach Confident His Side Will Finish Tops