Curators
Ahead of the Super Eagles friendly matches in France and Luxembourg later this month, some of the team players and officials have been denied visas by the French embassy. 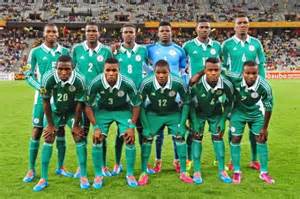 Those affected are the only home-based player, Ikechukwu Ezenwa, two coaches and administrative officials of the three-time African champions.

Meanwhile, the Nigeria Football Federation, NFF have pleaded with the authorities of the French Emabassy to issue the visa to allow for smooth preparation for the friendly matches.

The NFF General Secretary Mohammed Sanusi said, “We are appealing to the Embassy of France in Nigeria to reconsider its stance and issue visas to these officials.

“They are going to Europe for very important assignments as the two matches are key to the preparation of the Super Eagles for future engagements.”

NFF protocol officials revealed on Wednesday that about 60 per cent of the passports taken to the embassy on Friday, April 29, have been returned without visas.

The Eagles will face Mali’s Les Aiglons in Rouen, France on Friday, May 27 before engaging the national team of Luxembourg in Luxembourg on Wednesday, June 1.