Politics I would‘ve fired Diezani if I were President – Atiku

Former Vice President and presidential aspirant of the All Progressives Congress (APC), Atiku Abubakar, has bemoaned the high level of impunity currently going on in government circles, especially at the federal level, saying something urgent must be done to address the anomaly.

Speaking in a chat with newsmen in Lagos, Abubakar particularly took a swipe at Minister of Petroleum Resources, Diezani Allison-Madueke, who, Abubakar said, has failed to honour several invitations by the National Assembly. He said he would have fired the minister if he were the President of the country.

The former vice president also urged the media to maximise their influence as the fourth estate of the realm to check the excesses and impunity in government circles.

“In my life in this country, I have never seen the level of impunity go as high as we have today. Like I said last night, if I were a president and the National Assembly summons a minister for investigation, that minister will feel reluctant to honour the invitation, I will fire the minister because constitutionally, the National Assembly has the responsibility of checks and balances. 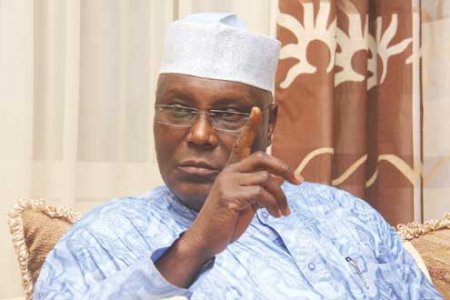