The House of Representatives in Nigeria on Monday began a special session to deliberate on the Federal Government’s announcement of an increase in the price of Premium Motor Spirit, also referred to as Petrol.

Minister of petroleum, Dr Ibe Kachiwku during a session with the Nigerian lawmakers today said the new price regime was suggested by the Nigeria labour congress and not the federal government. 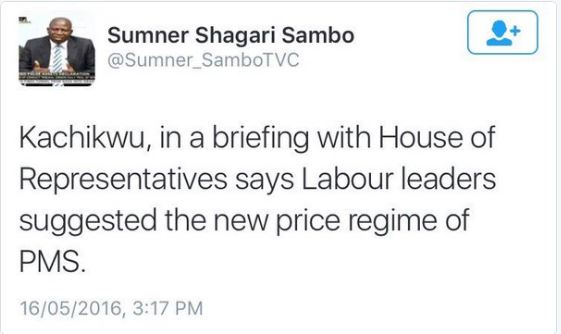 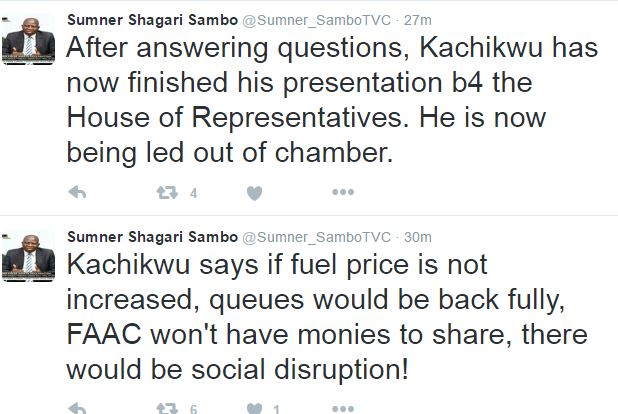 Dr. Kachikwu had on May 11 announced a new price band of 145 Naira per litre of petrol, linking the hike to the difficulty in getting foreign exchange and the inability of the nation’s refineries to produce at optimum capacity to cushion scarcity that has lasted for over five months.