Thirty-seven people have been cleared by the electoral committee of the Nigeria Football Federation(NFF) to contest for different positions in the Glass House.

The NFF will on September 30 in Warri hold its elections to usher in new executives that will be in charge of Nigerian football for the next four years.

Outgoing president of the NFF,Aminu Maigari as has been mandated by world football governing body,FIFA will oversee the elections.

Seven candidates have so far been cleared to vie for the NFF presidential post,while four others are contesting for the first vice president position.

Those vying for the vice-president position are: Emeka Inyama, Shehu Adamu,Seyi Akinwunmi and Suleyman Muazu.

Chairman of the Electoral Committee,Samson Ebomhe said that they made to decision to clear a lot of people in order not disenfranchise anybody from contesting.

“What we have done is to make it fair and open, that’s why you see the increased number of people who are now participating,’’ Ebomhe said. 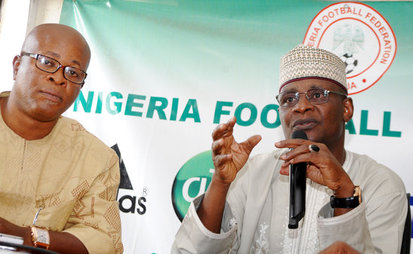