The militants group, the Niger Delta Avengers have issued what it called “last warning’ to seven state governors to free pro-Biafran activists held in police custodies in their states.

The group spokesperson, Mudoch Agbinibo said this in a new statement relased by the group.

The new militant group, which has vowed to bring Nigeria’s oil production to zero, has given 72 hours to the governors to free Biafran agitators.

“We request the immediate release of all pro-Biafrans activist held in your various Police/Military Custody, you are hereby given 72 hours to release them or risk your convoys, police station, military base and government offices being attacked,” the group stated. 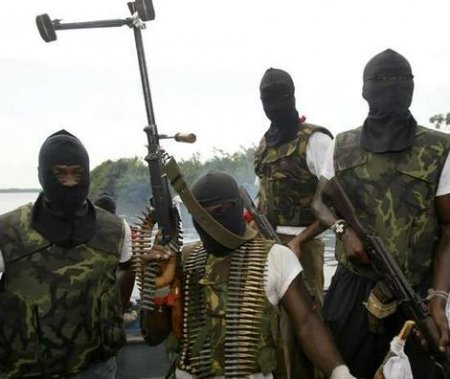 Some of the governors threatened by the group are Okezie Ikpeazu of Abia, Willie Obiano of Anambra, Seriake Dickson of Bayelsa and Ifeanyi Okowa of Delta.

Others are Dave Umahi of Ebonyi, Ifeanyi Ugwuanyi of Enugu, and Rochas Okorocha of Imo State.

“We are not negotiating with anybody and nobody is representing us.

In 48 hours we will release a video clip showing our arms and the targeted areas and all strike team already in position awaiting command", the statement reads.