Mr Salim Adegboyega, the Acting Director of Mines, Environment and Compliances, Ministry of Solid Minerals, on Thursday said the Federal Government would soon sanction 101 mining companies for not complying with environmental laws.

He said the companies didn't have all the mandatory environmental documents such as Environmental Impact Assessment (EIA), Environmental Processing and Rehabilitation Programme (EPRP) and Community Development Agreement (CDA).

Adegboyega said the companies to be sanctioned included local and foreign mining companies, adding that they could be sanctioned on environmental ground by virtue of the legality of their operations.

Adegboyega said the ministry had compiled the names of the companies to be sanctioned for publication and for public notice.

He explained that publishing of the companies’ names was to create public awareness on the need for mining companies to comply with environmental laws.

``It is our hope that they will comply speedily or else the other aspect of the law for sanction which includes prosecution will be taken upon them.

Adegboyega said the law had spelt out that any company sanctioned would have its mineral title revoked, its licence not renewed, and would be fined N20 million, depending on the gravity of the offence.

He said that the ministry had not forwarded anybody for prosecution yet. 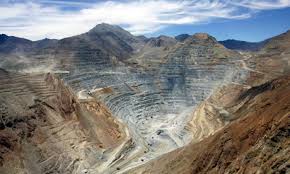 Sponsored MelBet: How To Choose The Best Bookie