The Nigerian Navy says its attention has been drawn to the reoccurring incidences of impersonation of service personnel by criminal elements and illegal groups, particularly in the coastal states. 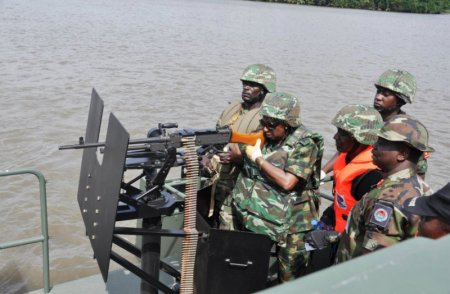 Director of Information, Commodore Christian Ezekobe, said while the service had taken measures to checkmate the activities of the impostors, their continuous activities had greatly dented the good image of the Nigerian Navy.

A statement he signed reads: “Pseudo organisations that go by the names: Nigerian Merchant Navy, Merchant Naval Force and Nigerian Sea Scout among others have sprung up, deceived and recruited unsuspecting civilians, dressed up in Nigerian Navy uniforms and parading themselves as personnel.

“In this year alone, about 16 persons have been arrested with the most recent been the case of one Mr Sunday Livinus Anaefo, who was arrested while on illegal escort duties along Ibafon-Victoria Island axis in Lagos. Also one Mr Ukaegbu Lucky was arrested at Agbara general area of Ogun state for posing as a Nigerian Navy personnel.

“In view of the current security challenges in the country associated with militancy, cult related activities, banditry, piracy, sea robbery, kidnapping and other unwholesome activities, the Nigerian Navy will henceforth massively crackdown on any group that poses as a security risk to the maritime domain and its own operations.”

The Navy, within the past week, arrested some oil bunkerers in the Niger Delta area.

C
Metro Niger Delta: young men face exclusion and violence in one of the most polluted places on Earth – Premium Times Nigeria