Curators
The Lagos State Police Command and the state command of the Nigeria Security and Civil Defence Corps are at daggers drawn over the refusal of the NSCDC to release its officials accused of killing a motorcyclist, Osita Okoye. 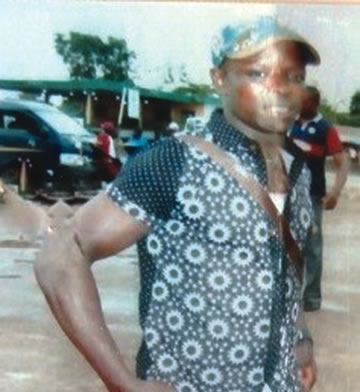 Findings by Punch correspondent showed that detectives at the State Department of Criminal Investigations, Yaba, have established that Osita was killed by bullets from the gun of a female officer of the corps.

The officer was said to be among an eight-man team that stormed the Forte Oil Petrol Station on 21 Road, FESTAC Town, on April 6 during the fuel scarcity period.

The officers who were asked to protect the Nigerian National Petroleum Corporation pipelines in the area, left their duty post for the filling station where there was a long queue of motorists.

There was, however, an altercation between the officials and some fuel hawkers by the roadside.

In the ensuing confusion, the 27-year-old victim was shot dead.

However, a police source said the NSCDC had frustrated investigations.

He said, “The NSCDC has been shielding the culprits. On April 19, 2016, a letter was written to their commandant on the matter, asking for a meeting, but he didn’t honour the invitation.

“Also, 15 expended shells of 7.62mm ammunition fired by the NSCDC officials were recovered. And one of those who sustained injuries has provided medical reports which implicated the officers.”