Curators
Jose Mourinho has spoken of the 'special honour' to manage Manchester United after being confirmed as their new manager on a four-year contract with the option to cut ties after three years. 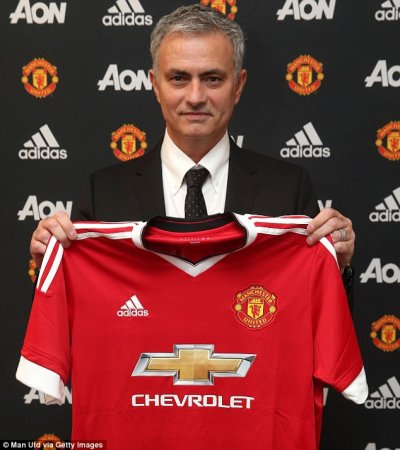 United executive vice-chairman Ed Woodward hailed the former Chelsea boss as 'the best manager in the game today' after the club broke the news on football's worst-kept secret on Friday morning.

Mourinho will earn £15million per year and work has already started on a summer recruitment drive with £200m available to create a squad capable of a Premier League title challenge.

'To become Manchester United manager is a special honour in the game,' Mourinho said. 'It is a club known and admired throughout the world. There is a mystique and a romance about it which no other club can match.

'I have always felt an affinity with Old Trafford; it has hosted some important memories for me in my career and I have always enjoyed a rapport with the United fans. I'm looking forward to being their manager and enjoying their magnificent support in the coming years.'

Sports ‘I Am No Enemy Of Man United’- Jose Mourinho – Naijaloaded