A new reversible injection birth control that provide men condom-free sex for a year, is in the making.

According to findings published in the journal Basic and Clinical Andrology, researchers have found that a single injection of the new contraceptive called Vasalgel can provide males condom-free sex for a year.

Men currently have few options for reproductive control, including condoms and vasectomy. While condoms are widely available and useful in preventing diseases when used correctly, they have an 18 per cent yearly pregnancy rate in typical use

Birth control is a common concern for women and men. While women have many options when choosing a birth control method, men have fewer options. 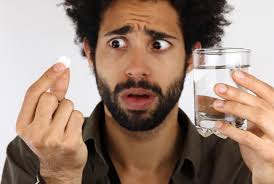 “In the preclinical trials with rabbits, the researchers confirmed that the contraceptive effect of Vasalgel was durable over the 12 month study period. ”

“Results from our study in rabbits were even better than expected,” said lead author of the study, Donald Waller, professor at University of Illinois at Chicago in the United States (U.S).

“Vasalgel produces a very rapid contraceptive effect which lasted throughout the study due to its unique hydrogel properties. These features are important considerations for a contraceptive product to be used in humans,” Waller noted.