Politics 10 Reasons Nigerians Should Be Fair To Fayose – Pius Adesanmi 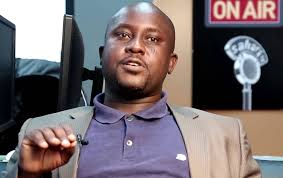 Pius Adesanmi, a public affairs commentator has written on why Nigerians should not castigate Governor Ayo Fayose's traditional use of guns to combat the rampaging herdsmen in contrast to his Lagos state counterpart, Akinwunmi Ambode.

------
Nigeria being Nigeria, the desperate circumstances that have forced Ekiti and Lagos to move in to fill the shoes of a failed and absent centre on the security front trump other questions that are necessary in a democracy.

1) He does not have the resources of Lagos. It is not fair to ridicule his dane guns vis-a-vis Ambode's sophisticated weaponry in Lagos. If a man is going to heaven and puts on his shoes, it is no longer fair to say that his feet are not yet off the ground.

2) The man arranging sophisticated 21st-century equipment for the police in Lagos and the man mobilizing the dane guns of a local hunters' guild in Ekiti on an "awon tia" level are to be engaged equally as an indictment of the Nigerian state. Because security is mostly federalized on the basis of Nigeria's mockery of Federalism, it is not really in their place to be equipping the police or traditional hunters.

3) With her monopoly of the apparatuses of violence, security, and power such as the police, the military, etc, security is the primary responsibility of the Nigerian state. If you refuse to allow state police and insist on exercising a monopoly over security in an overbearing unitary structure masquerading as federalism, it is your responsibility to equip your federal police and position them to be able to provide adequate security for every Nigerian. If your motherhood cred is not up to scratch, you do not hail the akara hawker. This also underscores the absurdity of our security vote thingy. So much awoof money in the hands of Governors who have no power over the police!

4) What Ambode and Fayose are doing is making up for the demission and the failures of the centre. They are also making up for the tragic politicization of security by the centre. If you monopolize security in a unitary arrangement and you allow the perception to fester that some security challenges are more deserving of robust responses (apologies to COZA) than others, those you have left to their own devices must exercise their right to survival and self-preservation. It can take the shape of 21st-century scenarios like what we see in Lagos or the 17th-century Akara Ogun scenarios we see in Ekiti.

5) Nigeria being Nigeria, the desperate circumstances that have forced Ekiti and Lagos to move in to fill the shoes of a failed and absent centre on the security front trump other questions that are necessary in a democracy. To the extent that these two Governors may in fact save some lives with the security palliatives they have offered, it is now no longer expedient to ask the questions we must ask about what it has cost the tax payers of Lagos and Ekiti to make up for the failures of the centre. I'm sure that if you hear what Ambode will claim to have paid for his modern equipment or what Fayose will claim to have paid for his facilitation of dane guns, a promised pickup truck, and the obligatory stomach infrastructure for the hunters, you will have a heart attack. Because this is Nigeria, we are left with "they sha even tried. What about those who are just chopping the security vote without even trying?"

6) Fayose for once has done something that allows us to deepen our discourse on how to sustain our struggle for genuine federalism. You have to look beyond his agbero theatrics to understand his contribution here. Even in the best case scenarios of presidential federalism such as what operates in the United States, there is never such thing as a finished federalist state because a nation is a permanent plebiscite, to be constantly negotiated, challenged and renegotiated. A nation-state is by definition a permanently unfinished political entity. That is why states in the United States are always pushing the boundaries, testing the waters, dragging Obama to the Supreme court for interpretations of the limits of Federal power, forming vigilantes to patrol borders, encroaching on the powers and duties of the centre, taking over federal buildings, etc. Some of these scenarios are legal, some obviously aren't but the bottomline is that they are enabled by an underlying philosophy of the unfinishedness of the nation-state. 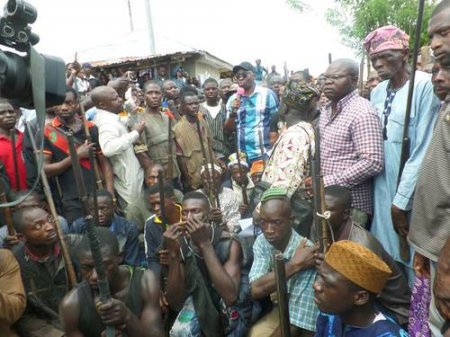 7) In Nigeria, generation after generation of political elite have sold the error that the Nigerian state is a finished product. This is the historical anachronism they sell when they convene national conferences and decree "no-go" areas or when they mouth jejune platitudes such as "the corporate existence of Nigeria is not negotiable." Not negotiable? Now, where did they get that from? Even the best federalist scenarios such as I have sketched out in number six above are negotiable and are constantly challenged and negotiated. You ram a dysfunctional unitary system down a people's throat, fail to guarantee security, or guarantee security selectively, and turn around to think that there will not be Fayoses in this world to challenge that arrangement and propose their own desperate, localized solutions to your failures?

8) I agree that Fayose did the right thing the wrong way. He ought to have gone to his State House of Assembly to get requisite laws passed and proceed from there instead of going to rouse people to respond to murder with jungle justice and extra-judicial killings. But that would be judging a fish by its ability to fly. The "awon tia, alagbo jedi and alamala" approach is the only approach he knows. That is all he has to offer. It was the responsibility of his handlers to have been equal to the task in terms of how to package him for a 21st-century approach to the matter. Had it been handled better, the entire process would have been articulated as the right of Ekiti people to survival, self-preservation, and self-defense in the face of the Nigerian state's refusal, unwillingness or inability to guarantee these things. Ekiti is within her right to do this and Fayose's handlers should have opted for that optics. But, then, it was these same handlers who allowed him to address a mall from behind a wooden podium in China! They too cannot give what they do not have.

9) We must also warn Uncle Fayose that dane guns, stomach infrastructure, and one van are no match for the AK-47s and sophisticated weaponry of the herdsmen. Things work in mysterious ways in Nigeria. Thus, the nomadic herdsmen appear to be better funded and equipped than the police in many states. Uncle Fayose may be sending his Akara Ogun contingent to certain death with his rousing speech. However, I fully understand the desperation behind these measures in the affected states.

10) Until we find a solution to our unitary incubus, I am afraid the most effective remedy remains keeping the pressure on the presidency to value and secure the life of EVERY NIGERIAN.