Politics Abacha Did Not Loot Nigeria, He Kept the Money Abroad – Al-Mustapha

Curators
Former chief security officer (CSO) to the late head of state, Major Hamza Al-Mustapha, yesterday defended his late boss, General Sani Abacha, insisting that he did not loot the nation’s treasury as being reported. 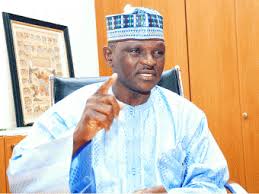 Speaking with the media in Lagos yesterday, Al-Mustapha said that most of the funds recovered in different parts of the world were kept there by the Abacha government in anticipation of sanctions likely to be imposed on the country by the international community.

Al-Mustapha insisted that a stakeholder meeting took place in Abuja involving traditional rulers, key politicians and senior members of the Abacha cabinet where it was agreed to keep some money abroad so that the country will stay afloat when the expected sanctions eventually came.

“There was a meeting in Abuja where it was agreed that money should be kept outside the shores of the country so that when sanction came, that money will keep Nigeria afloat. Tom Ikimi was the foreign affairs secretary then.

“At that time oil was selling for seven or eight dollars. We took no loan to run the economy and that was when we also created the Petroleum Trust Fund (PTF). I was embarrassed while in prison and I heard about what people called ‘Abacha Loot’. I wrote from prison to the late Abacha family to publish and make public whether those monies were in his name, date of lodgements before he became head of state or after he became head of state.

“I was at the meeting where the decision was taken but because all of us could not leave the Villa, I had to go back before the meeting ended. Like I said, Abacha stepped on toes and those people have still not forgiven him even in death.

“You should also remember that Abacha was not traveling out of the country. At the beginning of his administration he did go to Pakistan, Saudi Arabia and perhaps one or two other countries and that was in 1994. Most of his travels were within Africa, so how was he able to stash such money outside the shores of the country?

“While as his CSO, the only bank account I had was with the Bank of the North and that was where my salary was paid. I went to the Army to serve my country and not to make money as I came from a well-to-do family,” he said.

Al-Mustapha pleaded with Nigerians to give him time to conclude all the court cases involving him and the federal government, just as he promised to reveal what actually took place on the day the late General Abacha died.

Politics REVELATIONS ON ABACHA LOOT: How funds were taken out of Nigeria – Al-Mustapha - Vanguard Nigeria News

Politics ABACHA LOOT: How much did the late Head of State steal? - Vanguard Nigeria News

E
Metro David is 25-years-old. I am aware that he travelled but he told me he was going to school abroad - Brother of boy taken to UK by the Ekweremadus speak