Governor Darius Ishaku has also been returned as the duly elected Governor of Taraba state. 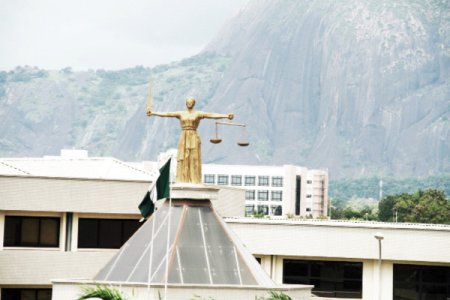 ‎A seven-man panel of Justices of the apex court headed by Justice Suleiman Galadima dismissed the appeal lodged by Alhassan and the APC.

According to the court, neither the APC nor its candidate, Alhassan, had the requisite locus-standi to query the outcome of the PDP governorship primary election that produced Ishaku.
It emphasised that under section 87(9) of the Electoral Act, only those that participated in the said PDP primary election, has the statutory right to challenge its outcome at the Federal High Court or State High Court. The appellate court said contention on whether the PDP rightly or wrongly conducted its governorship primary election, did not fall within matters that could be entertained by an election petition tribunal.

Alhassan, who is currently the Minister of Women affairs, prayed the apex court to set aside the verdict of the Abuja Division of the Court of Appeal which upheld the outcome of the April 11, 2015, governorship election that produced Governor Ishaku.


Judgement will be explained on February 22.

Those who think PDP is dead should think again. They didn't lose any of their gubernatorial seats to post-election litigation.