Curators
A civil servant in the employ of Ekiti State Government, identified as Mr Tope Afolayan, has has reportedly committed suicide. 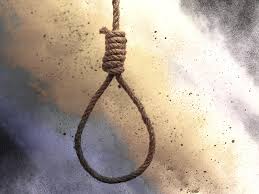 Late Afolayan, who hailed from Ara-Ekiti in Ijero Local Government Area worked in the Office of Accountant General as a Principal Executive Officer (PEO) on Grade Level 10...

The deceased said to be a final year Law student at Ekiti State University (EKSU), it was gathered is survived by a wife who is a teacher at a public school in Ado Ekiti and three children.

Members of his church, a Christ Apostolic Church (CAC) branch in Ekute area of Ado Ekiti, where he was also said to be an interpreter at are still grieving about his death.

One of his colleagues, who craved anonymity told journalists that Afolayan hanged himself by the ceiling of his house located on Peace Avenue, Olorunda, Ado Ekiti.

Though he did not leave any suicide note before taking his own life but he was said to have consistently complained of failure to pay his debts because of the non-payment of arrears of salaries owed government workers.

A source said: “Although didn’t leave any suicide note before hanging himself, he had been very moody and heartbroken for a couple of weeks before the incident happened.

“He had been complaining about the debts he owed which he was unable to defray because of the arrears of salaries. In fact, he was among the last batch of applicants for car loan but his name did not come out.

E
Metro Hero taxi driver saved lives by 'locking suicide bomber in his cab' seconds before the 'attacker' detonated an explosive device outside a Liverpool ..