Curators
Malaria fever is ravaging states across the country as hospitals and health centres are being overwhelmed by thousands of patients daily, Daily Trust investigations have shown.

Reports from the states revealed that dozens have been killed by the epidemic. Many patients now resort to herbal medicine due to their poor financial state or congestion in the public health facilities. 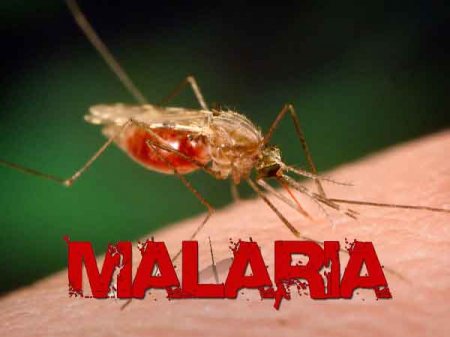 A professor of paediatrics and child health and director Centre for Malaria Care, University of Ilorin Teaching Hospital, Olugbenga A. Mokuolu said Nigeria presently accounted for one third of global malaria deaths.

The disease is also responsible for one-fourth of all infant-related deaths, and one third of deaths in children less than five years.

Thousands of patients daily besiege Kaduna hospitals as a result of the epidemic, the state commissioner of health Dr. Paul Dogo said.

“In the space of three days, 2,500 patients reported to Yusuf Dantsoho Hospital while children constitute 1,500 of the malaria patients,” he said.

In Gandu area of Sokoto North Local Government area where there was reported outbreak of malaria, 190 cases of the disease were confirmed at the Primary Health Centre in the locality.

The state commissioner of health, Dr. Balarabe Shehu Kakale said a total of 3.6 million doses of anti-malaria drugs would be administered on the people in the state in the next four weeks.


3. Some patients take to herbal drugs in Kano

For the past three months people have been battling malaria in the state resulting to massive visits to health facilities. The resistance of orthodox drugs by the ravaging malaria fever forced many to resort to herbal treatment.

Residents now use mango, guava, lemon, pawpaw and neem leaves to treat their fever, it was learnt.

More than 300,000 people have suffered from malaria infection this year, the Program Manager, Malaria Control Program, Isaac Kadala has said.

He said the infection this year surpassed the annual average of 300,000.

In Katsina, there have been several reported cases of a new trend of malaria epidemic ravaging the state with many losing their lives, Daily Trust gathered.

Some health personnel at both government and private hospitals told Daily Trust reporter that out of every 10 emergency cases that turned up at the hospitals six had to do with severe malaria attack.

In Kogi State, many patients brought down by the rising scourge of malaria in recent times, have overwhelmed health officials both at the public and private hospitals while others resorted to pharmacists/drug stores for medical attention.

The Chief Resident of Family Medicine Department at the Federal Medical Centre, Lokoja, Dr Chinenye Otorkpa, said the hospital’s medical record indicates that a total of 1,687 new malaria cases were recorded between January and August 2016, with the month of August having the highest figures of 375.

Cases of Malaria in Bauchi State have recently increased according to findings.

A health officer at the facility, Almustapha Ibrahim informed Daily Trust reporter that at present, there were cases of almost whole families being admitted with Malaria cases.

He said that‎ cases of Cerebral Malaria had also been on the rise as some patients on admission showed signs of the disease even before diagnosis.

Daily Trust correspondent who went round hospitals in Damaturu and some liberated communities reported that large number of people, mostly women, children and the old battle with the scourge.

A staff at General Hospital Buni Yadi, told Daily trust that on average, they received 70 malaria patients daily and majority of them could not afford simple medication or drugs.

Baba gajere, a returnee in Buni yadi, said he spent N10, 000 to treat his malaria at Afuwa Private Clinic in Buni Yadi. Gajere said that most people in the town were using cotton leaves, malt drinks and roots of cassia tora to treat malaria and replenish their blood.


9. Patients everywhere but no doctors in Jigawa

In Jigawa, the General Hospital Dutse was over crowded as accident and emergency wards were filled to the brim with malaria patients.

Patients were also seen lying down on the floors and benches while others were on queue waiting to be attended at the accident and emergency ward by the nurses.


In Gombe State, there are widespread cases of malaria, checks by Daily Trust revealed.

At the Federal Teaching Hospital, Gombe a staff at the General Out Patient Department who crave for anonymity, disclosed to our correspondent that over 100 patients turned up for malaria related cases daily.

Also scores of others are receiving treatments at home, Daily Trust learnt.