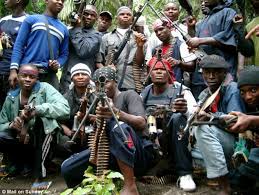 According to Katsina who spoke at the Police Marine Unit, Ikoyi: “We have gallant police officers. Through our synergy with the Navy, our inland waterways have become safer than before. The so-called Avengers have not been able to infiltrate Lagos due to the testimony of the fact that we have dominated our environment.”

There was palpable fear in the Ikorodu area of Lagos State on Tuesday following reports that the police allegedly received intelligence reports that the Niger Delta Avengers were planning to blow up pipelines at Ikorodu, the Atlas Cove and others national assets within the inland waters.

It was gathered that heavily armed policemen and other security operatives including the military and the personnel of the Department of State Security Service have been deployed to Ikorodu to avert the threat.

A source told newsmen that the Assistant Inspector General of police in charge of Zone 2 police Command, Onikan, AIG Balla Hassan would be visiting Ikorodu in connection with the alleged threat.