Curators
Less than 48 hours after he was appointed as the technical adviser, the management of Plateau United FC of Jos has sacked Mr. Victor Wickadason. 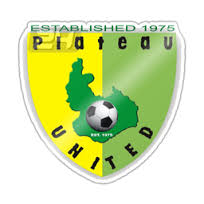 Wickadason, a former player of the club, was appointed to replace Mr Zakary Baraje, whose appointed was terminated by the management of the team.

Wickadason was said to have been appointed to raise the performance of the team following its poor results in the ongoing 2015/2016 Nigerian Professional Football League. Until his appointment, Wickadason, a former captain of the team, was the head coach of the club’s feeder team.

Plateau United is currently 14th on the league table, with 22 points from 17 matches.

Wickadason was on Tuesday asked to step aside as a result of the what the management described as unresolved issues with the Nigerian Football Federation. He was immediately replaced with Mr. Audu Isa Pele, who was his assistant.

Wickadason was said to have been sanctioned by NFF following allegations of match fixing in Bauchi in 2013 after his feeder team beat another team from Nasarawa by 76 goals to nothing. Both the coaches and players were said to have been banned.