A teenager was electrocuted to death while using her mobile phone during bath.

The unnamed 14-year-old had plugged her phone into a charger that was connected to an extension lead at the time.

Her devastated mother found the body of her daughter in the bath in their home in Moscow, Russia, after realising that she had been in locked bathroom for a long time.

The mother then forced her way inside after getting no response from her daughter before finding her lifeless body inside. 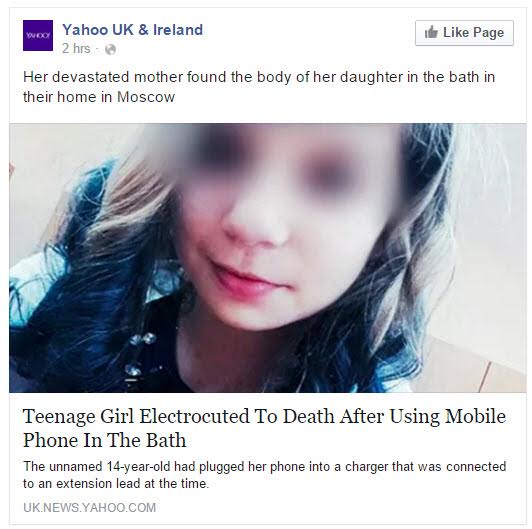 The victim had reportedly been so badly electrocuted that her body had started to burn.

Her mother said that the teenager had the charger in her hands and the mobile phone was on the floor, and she had used an extension lead because there were no plugs in the bathroom.

Prosecutor Yulia Ivanova told local media: “Currently we are still investigating and will make a decision on what action to take, if any, once the investigation is completed.”