World 7 Things Every Nigerian Should Know About Mother Theresa

“For the honour of the Blessed Trinity… we declare and define Blessed Teresa of Calcutta (Kolkata) to be a Saint and we enrol her among the Saints, decreeing that she is to be venerated as such by the whole Church,” the pontiff said in Latin.

Here are few things you need to know about Saint Theresa...

- She was born in Skopje (modern Republic of Macedonia), on 26 August 1910 then part of the Kosovo Vilayet in the Ottoman Empire. After having lived in Macedonia for eighteen years, she moved to Ireland and then to India, where she lived for most of her life.

- Mother Teresa left home at the age of 18 and joined Sisters of Loreto in Dublin to become a nun. She never saw her family again in her entire life.

- Mother Teresa founded the Missionaries of Charity, a Roman Catholic religious congregation, which in 2012 consisted of over 4,500 sisters and was active in 133 countries. They run homes for people dying of HIV/AIDS, leprosy and tuberculosis; soup kitchens; dispensaries and mobile clinics; children's and family counselling programmes; orphanages; and schools. Members must adhere to the vows of chastity, poverty, and obedience, as well as a fourth vow, to give "wholehearted free service to the poorest of the poor 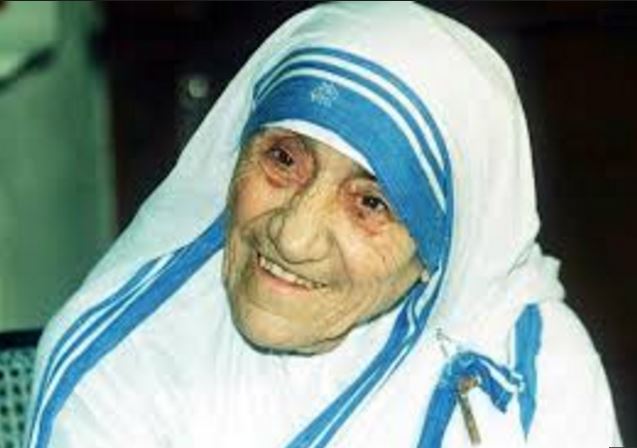 - Mother Teresa was the recipient of numerous honours, including the 1962 Ramon Magsaysay Peace Prize and 1979 Nobel Peace Prize. On 19 October 2003, she was beatified as "Blessed Teresa of Calcutta".

- A controversial figure both during her life and after her death, Mother Teresa was widely admired by many for her charitable works. She was both praised and criticised for her anti-abortion views. She also received criticism for conditions in the houses for the dying she ran.

Mother Teresa's popular quote: "By blood, I am Albanian. By citizenship, an Indian. By faith, I am a Catholic nun. As to my calling, I belong to the world. As to my heart, I belong entirely to the Heart of Jesus."

World Theresa May announces her resignation – the Guardian

K
Metro ”If anything happens to my children, Kumuyi I will hold you responsible” Mother of Deeper Life school student says as she alleges members of the....